We had planned to stay at the Red Rock Canyon campground after we left Hoover Dam and Lake Mead, but upon arrival we found out it was full.  We decided to roll on down the road and get to California a few days earlier than we had planned.  Since it was late in the evening, we decided to stop at the Gold Strike Casino and stay in their parking lot with several other RV’s.  It is a well lit place to park (you can’t beat FREE for the price) for anyone else coming through the area, and the breakfast buffet was an added bonus.  We pulled out of the casino parking lot around noon with California in our sights.  We decided to make the tiny town of Boron our destination since a Passport America park was located there.  Once we arrived in Boron, we learned the area has a very interesting history.  Edwards AFB is close by, but the main attraction for me turned out to be the Borax mine.

The next morning we got up early (for us) and drove a couple miles to the entrance to the Borax mine.  The speed limit signs were the first unique feature we found as we made our way to the visitors center on the top of a hill.  They show you a short movie that gives you all kinds of information about the discovery of Borax in the area, along with the history of mining and the many uses of different Borates.  I thought Borax was only used for a laundry booster, boy was I wrong.

The size of the mine itself, along with the mining equipment, is a bit of a shock when you first begin to take it all in.  At the end of the movie, the curtain on the back wall opens and gives you a first hand look at the expanse of the operation.  The other sided of the mine is several miles away, and trucks larger than my first apartment (by quite a bit) look like specks driving on the distant mine roads. 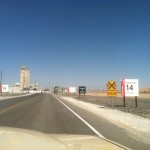 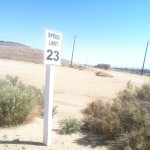 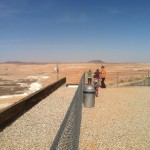 After the movie and a little gawking out the large panoramic window, we walked through the on site museum learning more about the mining process.  The girls liked having their pictures taken in front of a large chunk of Borax ore. 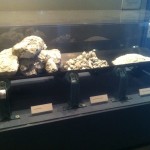 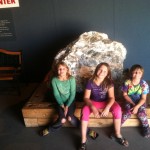 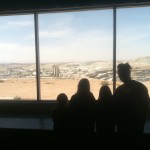 We walked around the exhibits outside the museum, my favorite of which was the massive tire from one of the trucks.  That single tire weighs in at over 6,000 lbs, and the trucks have 6 of these massive tires on them.  I would love to use one to make the worlds largest tire swing, but it would take more than your average tree to hang it from.  The 20 Mule Team ore carts were another interesting part of the exhibit.  These were actual carts used to haul 20 tons of Borax out of the Death Valley desert to the railroad terminal in Mojave, 166 miles and 20 days round trip away.  The last few pictures in this section are at a park in the middle of Boron where they have one of the Borax hauling trucks on display.  I managed to get a shot of the Scholl Bus in front of the truck so you can get a better idea of how massive these things are. 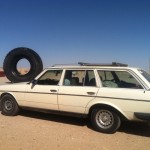 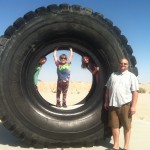 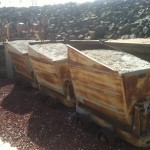 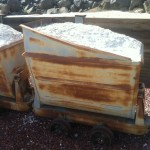 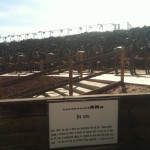 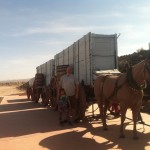 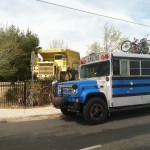 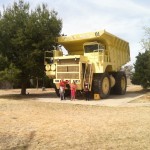 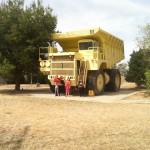 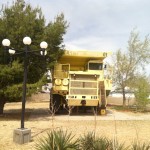 While in Boron, we happened to stop by 2 other local museums.  The 20 Mule Team museum is in the middle of town, and has a few exhibits you cal walk around.  We got there too late to see the exhibits inside the museum itself.  We did get to walk through the Saxon Aerospace Museum, and struck up a conversation with an awesome couple that helped operate the museum.  We were invited on a private tour of Edwards AFB the following morning, so that will be the next post here.  Stay Tuned… 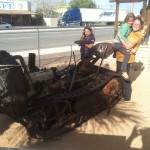 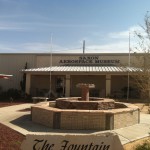 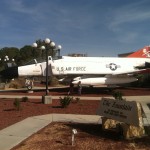 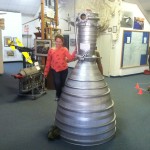 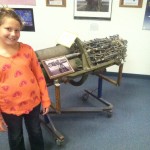 LR-8 Engine Used To Power the X-1 Beyond the Speed of Sound.

2 thoughts on “Nothing Boring About Boron”